The fluctuating temperatures can only mean one thing: Spring is here! With it comes some fluctuating weather patterns too. Now is a good time to brush up on your family’s emergency preparedness plans, check your emergency supplies, and double-check the county (or counties) selected for your NOAA weather radio. For some good tips, check out the Missouri State Emergency Management Agency.

Make sure your kids and others in your household are prepared in case of stormy spring weather. 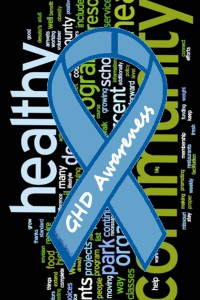 It seems like there is a month for everything! January is Glaucoma Awareness Month. February is Heart Month and Black History Month. May is ALS Awareness Month, and even men, thanks to the NFL, know that October is Breast Cancer Awareness Month. Each month gets its own PSA and schedule of events. (If you don’t believe it, google “ice bucket challenge”, and see how many resulting videos you get.)

Get Healthy DeSoto doesn’t really go in for that sort of thing other than to highlight important screenings and reminders at various times. However, we’d like to encourage you to declare the following for GHD Awareness for your household because getting healthy is what we’re all about, and really, isn’t that important all year?

(Perhaps we’re being a bit silly, but that’s important for your health too.)

If you support Get Healthy DeSoto and it’s many projects and events, please consider donating to the organization during the upcoming GHD Awareness Month! We appreciate your continued support and for allowing us to help build a healthier community.

The first measles vaccination was developed in the U.S. in 1954. That vaccination was improved in 1968, and we’ve been using the same ever since. The prevalence of vaccine use has greatly diminished the number of cases reported each year, but the recent outbreak has brought into question vaccination practices and effectiveness. The important things to remember, per the CDC, are these:

Although typically mild, 1 to 2 people out of every 1000 diagnosed with measles will die. This is usually due to the rare onset of encephalitis. However, the disease is incredibly uncomfortable as the symptoms include a high fever, rash, runny nose, and watery eyes.
It is also one of the most contagious diseases; being spread by direct contact and through contact with droplets exhaled by those infected. (The recent outbreak that originated in California is believed to have taken place at Disneyland.)
The American Academy of Pediatrics recommends vaccinating your children for measles and other childhood illnesses. For more information about recommendations for protecting your children during a measles outbreak can be found here.

On Wednesday, January 28th, the City of De Soto received news that grant funding from East-West Gateway had been approved the bridge and surfacing for the Woodland Nature Trail. This rustic walk-trail (currently in use) connects the De Soto Senior High School Campus to the Vineland Elementary Campus. It offers the opportunity to enjoy the beauty of nature and provides the benefit of the walking experience. Funding begins in 2015 and the project is to be completed in 2016. Get Healthy DeSoto applauds the vision of the city to enhance this walk trail and to David Dews, City Administrator, for writing and obtaining the grant.

The Woodland Nature Trail has been developed through partnerships with the City of De Soto, De Soto Public Schools and Get Healthy De Soto. Additional partnerships include the De Soto Rotary Club, who donated mulch and a sign, multiple dedicated volunteers, and many in the business community who donated machinery, equipment and supplies. Additional information about the upcoming project is outlined below:

If you haven’t enjoyed walking this trail, we will offer guided walks during the DeSoto Home Show on March 28th. Please stop by the GHD booth for more information.

A January 27th workshop is planned called Using Pinterest to Improve Your Health. Amber Henry will present this hands-on workshop where you can set up your Pinterest account, create boards, and start collecting info that will help you eat better, plan your exercise and get you on your way to a healthier year! . The workshop is being held from 5:30-6:30 p.m. at the De Soto Public Library. Space is limited. PRE-REGISTRATION IS REQUIRED.  636-586-3858