Human beings like certainty. We are hard-wired to want to know what is happening when and to notice things that feel threatening to us. When things feel uncertain or when we don’t generally feel safe, it’s normal to feel stressed. This very reaction, while there to protect us, can cause all sorts of havoc when there is a sense of uncertainty and conflicting information around us.

Taking Care of Your Mental Health in the Face of Uncertainty by Doreen Marshall, Ph.D., AFSP Vice President of Mission Engagement

Now, more than ever, it’s important to be there for one another and take steps to safeguard our mental health and prevent suicide. One way you can do this is by joining the Out of the Darkness Walk in October. There are just over a dozen of these walks planned around Missouri, but there’s also one taking place right here in Walther Park.

Every dollar raised through the Out of the Darkness Walk allows American Foundation for Suicide Prevention to invest in life-saving research, education, advocacy, and support for those impacted by suicide. And just to dispel a myth here and now: talking about or shining a light on suicide does not cause an increase in suicides.

Registration is free and open to the public. Donations are accepted until December 31st.

The pandemic has had a negative effect on mental health. That makes the 2nd Annual Out of the Darkness Walk of Jefferson County even more important. The walk will be Sunday, October 11. Registration will be from 9-11 AM with the opening ceremony at 11:30 AM. The walk will begin at noon. The event will again be held at Walthers Park in DeSoto. You can register online as well.

Masks and social distancing will be required, but the event is outdoors to help minimize exposure. Deborah Boyer coordinates the walk, and if you have any questions, you can email her at [email protected].

On September 27, 2018, our daughter, Camryn, ended her life by suicide, thus bringing an end to a lifelong battle with mental illness that most did not know she had. On the outside, Camryn appeared normal, engaging in activities that others her age were involved in. But she could never understand why she felt the way she did. She was a gifted singer and student, but her greatest gift was the ability to “act” normal and say all the right things. It wasn’t Camryn’s responsibility to reach out for help. She tried many times, but it was the misunderstandings of those who loved her that allowed her to take her own life. It is these misunderstandings that our foundation hopes to change.

Camryn’s story is unique, but it is not necessarily an untold story. Each year thousands of young people make the same decision: to walk away from their pain and their suffering. Suicide is the second leading cause of death for people ages 10-24, yet it is the one topic we don’t discuss.

Suicide does not discriminate. While most people who make the choice to take their own life suffer to some degree from mental illness, suicide has become an option for anyone struggling with life in general. Young people who just have a bad day can make that choice and are doing so at an alarming rate. On average, 5 out of 30 young people will consider suicide, 4 will make a plan to commit suicide, and 2 will actually attempt suicide. Females will attempt 3:1 more times compared to males, while males will succeed 4:1 more times compared with females.

While it can be difficult to recognize the signs, 80% of those who attempt suicide showed warning signs of their intentions. These might include thoughts of suicide, anxiety, or depression. It could simply be a feeling of overwhelming helplessness or a feeling of “no escape” brought on by rejection, hurt, or anger. The Say Something Foundation aims to help not just those afflicted with suicidal thoughts, but anyone who feels a struggle to get through life. The foundation was founded in memory of Camryn, and it doesn’t promise to put an end to suicide. Instead, the mission and vision is to raise awareness for those who are in the struggle, in addition to providing resources for those who need the help and/or want to help in an effort to reduce suicidal attempts. The organization is made of up nearly 100 volunteers, mostly young students, who are trained on the signs of suicide and how to handle someone who might be struggling. Volunteers are trained to “say something” when they feel it is appropriate.

To Say Something is to encourage others, but it also means to identify those in the struggle and have the courage to reach out and offer help. In addition to these effort, the Say Something Foundation offers scholarships to seniors, grants to groups, resources for families, small support groups, and grief support groups. In the past two years, approximately $30,000 has been raised and been used for scholarships and helping those in the struggle by either providing them support or helping with medical costs.

If you want more information on suicide or have an interest in educating yourself to help someone, please contact the Say Something Foundation at 314-520-7103 or 314-623-0164 (call or text). You can also email [email protected]

Guest Spot by Jeff Tripp. Learn more about him and the foundation he started using the button below.

The Say Something Foundation is hosting their first cornhole tournament at the farmers’ market pavilion on September 26, 2020. For details, you can check out the Facebook event page.

Nothing like an uplifting video to encourage you, right? This one just misses all the “uplifting” parts and gives statistics. The video is only looking at data from 1999 through 2016, so the last four years aren’t included. Even more importantly, the last 7 months aren’t included. Did you catch the implication though?

Rarely is suicide caused by just one thing.

There are usually multiple contributing factors. Did you catch those from the video? Let’s consider each of these in light of a pandemic.

All joking aside, what do we do?

That’s a really nice list, but none of those are specific, actionable items. How does one “support people at risk of suicide”? Which coping mechanisms should we be teaching, and what is child appropriate when dealing with kids?

During September, we’ll focus on actual actions we can take individually and as a community. And true to form, I’ll try to introduce all of these things with a bit of levity. It’s a hard subject; unpleasant and dark. It needs to be talked about though. There are many indications that being open about mental health is healthy.

Obviously, a person might have experienced one or two of these and not currently be at risk of suicide. However, when evaluating who might need a mental health check during this pandemic, a person with some of these might be the best place for you to start making your calls, sending your emails, hunting for stamps for archaic letters, and planning your appropriately distanced in-person visits. Incidentally, staying connected and asking about the mental health of your friends and family is one way to support those who are at risk of suicide. More about that and more next week. 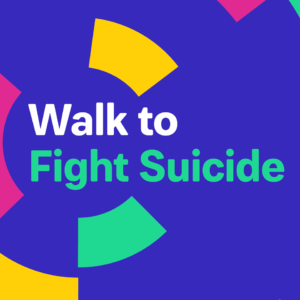